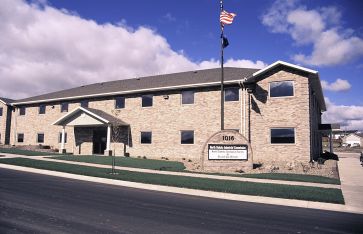 Filing Digital Logs: Send as an e-mail attachment to digitallogs@nd.gov

For the communication impaired use Relay North Dakota

The North Dakota Geological Survey and the position of State Geologist were created by an act of the North Dakota Legislature in 1895, six years after statehood. During the first half of the 20th Century, the NDGS focused their studies on the coal and clay resources of North Dakota.  With the discovery of oil near Tioga in 1951, the NDGS grew rapidly to both research the geology of the petroleum-bearing formations and regulate the exploration, and production of the resource. The Department of Mineral Resources offices are located in Bismarck.  The NDGS also operates the Johnsrud Paleontology Laboratory and the Geologic Time Gallery in the North Dakota Heritage Center as well as the recently expanded Wilson M. Laird Core and Sample Library located on the campus of the University of North Dakota in Grand Forks.